This weekend was the first time that I spent the duration of it (with my mama in tow) doing activities special to my campus. I ventured out to our micro-breweries, attended the annual beer and chili-taste-off festival, and even went to one of the largest farmer’s markets to my part of the state. Maybe it’s because I’m a senior and have decided to (finally) show some semblance of school spirit that I indulged in these excursions.

Or, rather, it’s because I feel so left out. Nah, that’s not true, I do plenty of killer things in Chicago and surrounding areas to not feel burdened by my lack of being on campus. Worth it.

An electronic producer who has a real knack for throwing curve balls in songs released a remix the other day which has been playing repeatedly on my music player. Damu, such a love of mine, released his remix for Becoming Real’s song, “Slow Memory.”

The slow, gradual introduction to the song leaves a quickly satiable taste in your ears. It breaks into broken drums and distorted vocals creating a very nighttime-esque mood to the track. It’s got elements of his LP, Unity in it, but also has a Kenton Slash Demon feel to the song as well. The overall atmosphere is like entering an underground, Euro dance venue with off-kilter songs in its midst. The synths and drums are what does it for me in this song with the echoing vocals in the background adding for a sultrier feel to the song. There are tell-tale Damu samples sprinkled throughout the song, but I wouldn’t have it any other way. It’s one of the quieter songs he’s released from his past tracks, but, for me, it is one of the strongest and most dynamic songs he’s had thus far.

Time to night walk, over and out.

One of the best parts of having an open, musical dialogue between people all over the world is that you’re bound to find new obsessions through their own tastes. I’m one of those people that opens all the links friends post in their gchat statuses, Facebook posts, and tweets – how can I not? The internet is too huge for me to sift through all the music the world has to offer.

Last night, an out-of-touch friend posted a complete gem on their gchat status and I had to discuss the find here. Bwana, after nearly a year of having “Baby Let Me Finish” published on the internet, is set to release his EP, Baby Let Me Finish, on July 30th. 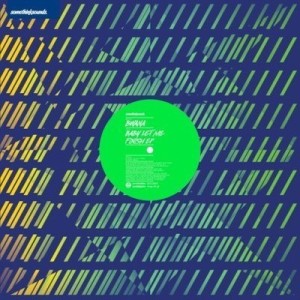 In the first ten seconds, it’s apparent how much Damu’s Unity influenced the production style of “Baby Let Me Finish.” It screams similar vocal lines, breaks, and rhythm to “Don’t Cry in My Bed.” Although I was hoping for an A-side track from Bwana that would make itself stand apart from Damu, it still makes for a great “desperate” feel Bwana aims to emulate. One advantage to “BLMF” is it’s no where near as bleepy sounding as “DCIMB,” which gives it a more relaxed feel. The heavy bass adds a sexier element to the song and it makes it such a throat grabber. It’s also a happier song comparatively because despite the fact “DCIMB” is, literally, upbeat, “BLMF” legitimately is more jovial feeling. There’s a promise in the lyrics when the vocals go “baby let me finish/ I’ll be back in the morning” whereas “DCIMB” is usually desperately yelling “listen.”

Here’s Damu’s “Don’t Cry In My Bed” for reference.

The second track off the A-side and it serves as the antithesis to “Baby Let Me Finish.” The vocals have taken a darker route as has the overall drum, bass, and synth lines. It’s the introspective song to the EP, where this track is the lover who has been left alone to sit in their own festering doubts of their lover returning to them. From the get-go I sat in a pool of nostalgia wanting to go back to Tokyo. Listening to this song felt like I was looking out of the train windows coming back from one of many solo night trips to Odaiba. It may not be as initially catchy as “BLMF” but it serves as a strong accompaniment to the first track to create a stable EP release.

I’m still playing “BLMF” the most mainly because I’m writing about this in the daytime. I think “Nami Swan” is best suited for nighttime listening, between 1-2AM when you happen  to be alone on some random weeknight. Pair with brandy and let the music roll.

The EP is set to have two remixes accompany its B-side which have yet to be released. Keep your eyes out for the official release on July 30th.